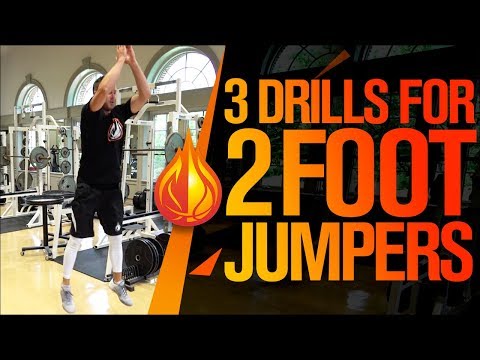 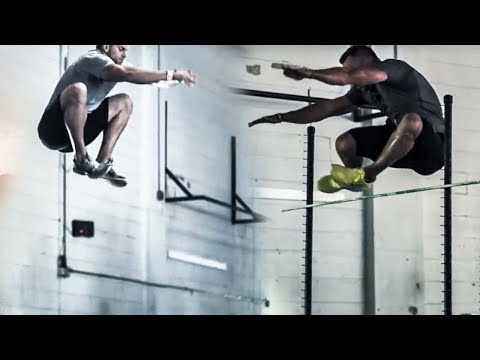 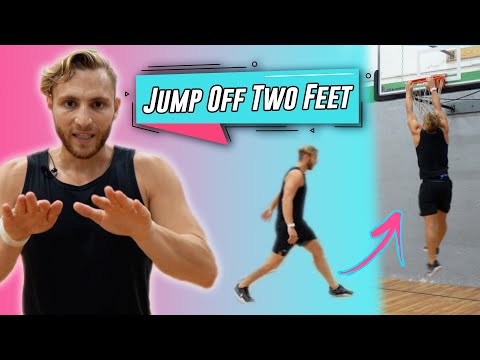 How to Jump Off Two Feet, Different Plants (Left-Right & Why I Swtiched) 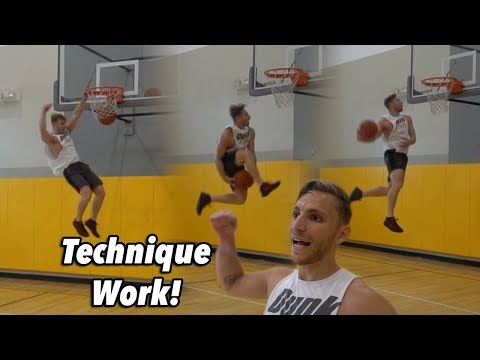 How To Jump Higher Off Two Feet 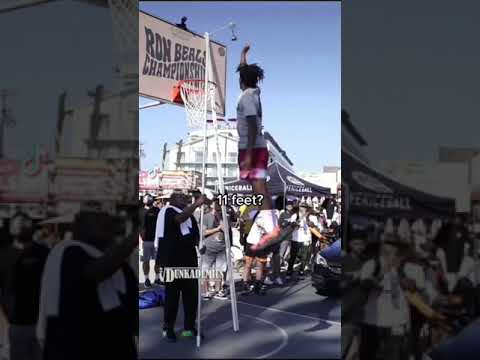 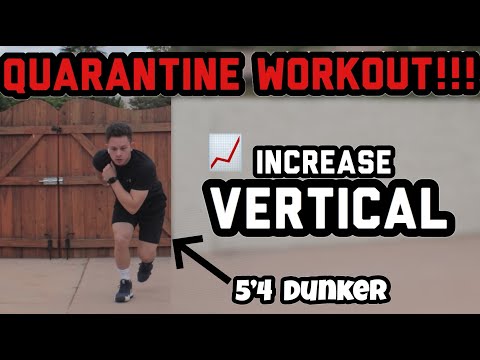 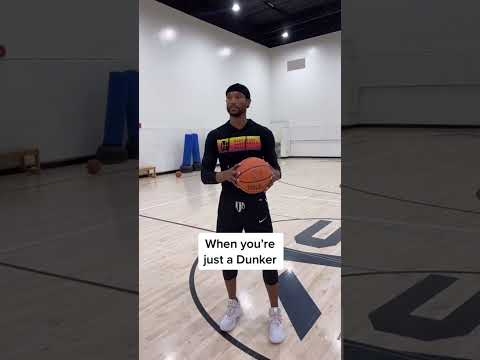 When you’re just a Dunker 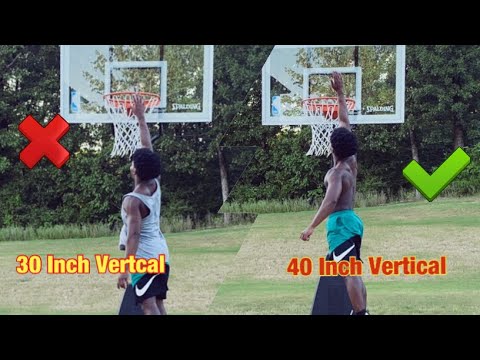 How To Dunk For Short People | 5 Tips To Jump Higher 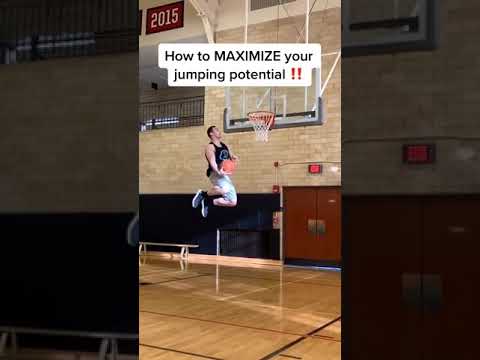 How to JUMP higher and DUNK! 🚀

How to Increase Your Vertical In Basketball

How to Increase Your Vertical In Basketball

Blog > Youth Basketball > How to Increase Your Vertical In Basketball

I have the pleasure to introduce Blake Ventura of EZ Compression, who wrote a great article for Inspirational Basketball on how to increase your vertical in basketball.

Every baller wants to dunk. It’s just a fact of life. Not everyone will be able to dunk a basketball, but an improved vertical leap will always help a player’s game, whether on defense or taking a jump shot.

In an impressively high vertical jump, a sequence of muscles fires in the correct order to put maximum force into the ground. It is this force that pushes us upward, so optimizing the positions and timing of this sequence is the first step to adding inches to the vertical leap.

This biomechanics presentation on YouTube is a good place to start learning to optimize the jumping technique.

The posterior chain, which includes all the muscles along the back of the legs and the glutes, is key to the vertical leap. However, research has shown that the hip flexors also play a dominant role in powering the jumping sequence.

When the posterior chain and hip flexors together are strong and flexible, all the parts of the jumping sequence can fire hard and in the proper order to maximize leaping ability.

Part of the secret to jumping high is being flexible enough to get coiled into a proper leaping position so that the posterior chain can fire in the correct sequence and at maximum power. This requires the hips to be in a neutral position, and for the thighs, hamstrings, and calves to be elastic.

Rather than using static stretches to maximize elasticity, consider a program of active-dynamic stretching, which helps build a range of motion while safely lengthening the muscles. Stretching the following muscles, especially prior to workouts, will allow you to get deep into the leaping position.

The hip flexors are three muscles extending from the hip to the thigh. Their main job is to bring the knees to the body, though they play a complicated mechanical role in leg bending and extension. Alone, they do not cause us to jump, but they allow us to coil deep into the crouch from which we jump, and they instigate the leaping sequence.

When the hip flexors are tight, they pull the hip into a forward tilt, robbing us of the flexibility we need to maximize vertical leap and preventing the glutes from firing.

Hip flexor stretches can free the hips to get into a neutral position. Though the hip motion is slight, remember to keep moving while performing these stretches.

These muscles are antagonists — their movements assist one another. The quadriceps do not contribute as much to vertical leap as the hamstrings do, but they must be flexible and elastic to allow a deep coil from which the hamstrings can fire powerfully.

Studies show that the more the knee flexes, the more the hamstring is recruited and the less the quads are. When both are flexible, each can better do its job. Quad stretches and hamstring stretches should be done dynamically.

When loading for the vertical leap, it is important to roll the body weight forward onto the balls of the feet. This requires the calves to stretch. The longer the calf is, the deeper and more dynamic the crouch will be. Finding a great pair of calf compression sleeves will keep the blood flowing when exercising the calves, or when doing any leg work.

Hang your heels off a low platform, then let them fall before bringing them up again. You will feel the calf stretch as the heel goes lower. Keep it moving without bouncing to reduce the chance of over-stretching the plantar fascia in the foot.

Once we improve our sequence, posture, and flexibility, the next way to better our vertical leap is to build stronger muscles. The best place to start is with the posterior chain, but other muscles play crucial roles as well. However, it’s not just strength we need, but explosive strength.

Lifting heavy will not do anything to make you jump higher. Lifting lighter weights for more repetitions is a better way to build the type of explosive strength that huge verticals require.

This article has some exercise suggestions, to which many coaches would add the trap-bar deadlift. If you don’t have a trap bar, dumbbells make a decent substitute.

When weight training, don’t forget to work on building arm strength. There is no need to go crazy and build massive biceps. The goal is to improve the arm swing, so kettlebell swings are a great exercise in this regard. The arm swing and hip flexors work together to raise the center of gravity, initiating the jump sequence.

#8 SHOULD PLYOMETRICS PLAY A ROLE?

The question of using plyometric training to increase vertical leaps is contentious. The training, which involves repetitive movements such as box jumps at maximum force and brief intervals is certainly an effective exercise. But, studies show that it alone does not improve leaping ability in trained athletes.

The anecdotal evidence of it working is possibly due to the building of a proper leaping sequence in untrained athletes. You should weigh the risk of injury with plyometric training versus the possible benefits to your existing skill level.

The hip flexors have a hard job to do, but it becomes harder when they must work to stabilize the spine. In people who have weak cores or abdominals, the hips tend toward the same anterior tilt as they do when the hip flexors are tight.

The compound leg lifts in weight training heavily recruit the core muscles for stability, but adding a core routine will get those abs in six-pack form faster.

It’s simple physics: The heavier an object is, the more force is required to lift it. The final piece of the puzzle is to maintain a proper weight-to-muscle-mass ratio.

Eating a healthy diet while getting enough calories to maintain muscle mass is tricky, but it is the best way to drop extra weight while getting stronger.

There are many little things that can help to improve an athlete’s vertical leap, but none are instant fixes. They each require hard work and dedication to have any effect. Programs that offer the hope of 18-inch vertical leap gains are snake oil. In truth, a six-inch improvement is impressive.

In basketball, though, those few inches can mean the difference between a blocked shot and a splashed three-pointer, and between a win and a loss.

Improvement starts with a streamlined jump sequence, then continues with adding flexibility and strength. It is a slow, steady process, but the results will come to those who work for them.

How To Jump Higher
by how-to-dunk.com
13 views